Thank you for your patience while we retrieve your images.

Santa Barbara, 10th mission
Founded in 1786, the "Queen of the Missions" was the first to be christened by Father Lasuen, and has continuously served as a parish church for the local population since its founding. The church was destroyed in 1925 by earthquake; however, restorations have returned it to its original grandeur of wrought iron, terra cotta and carved wood. Patterned after an ancient Latin chapel in pre-Christian Rome, its twin bell towers and Doric facade present an imposing impression of strength. Located on a hilltop overlooking the city, the mission provides a spectacular view of the ocean. The museum contains a vast store of historical material and displays many original items.
Canon EOS 40D, f/13 @ 21 mm, 1/500, ISO 400, No Flash
© Photos by Ron Cleveland 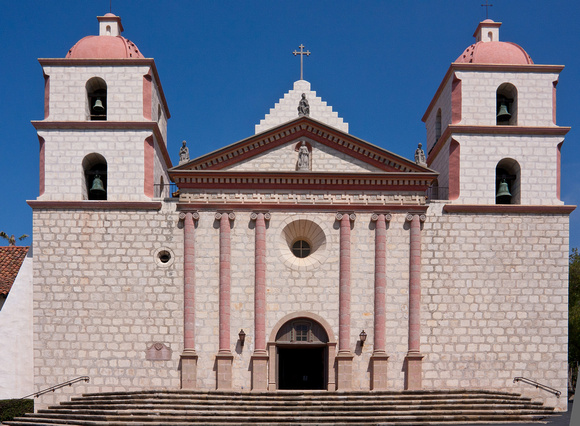